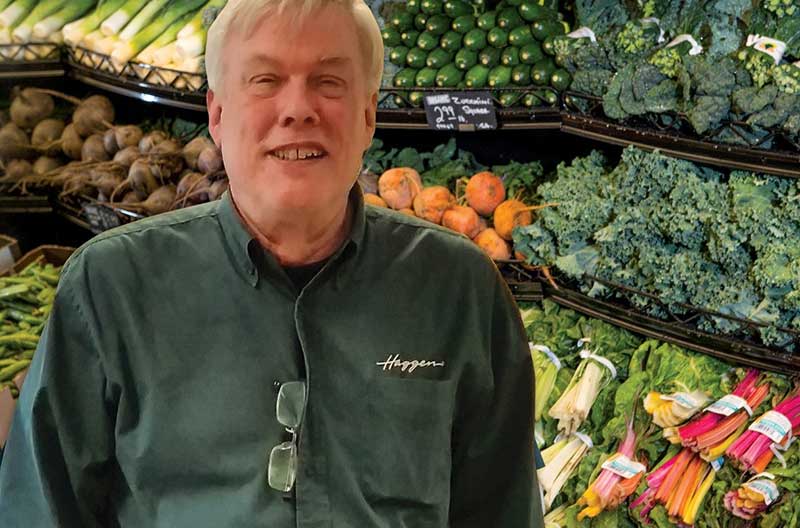 Haggen Food & Pharmacy on Wednesday presented produce sales manager Lee Reynolds with the Passion for Produce Award, celebrating his 50 years of service in the grocery industry. Forty-five of those years have been with Haggen. The award was presented by Jerry Callahan, VP of produce for Albertsons, the parent company of Haggen.

Reynolds began his career in 1967 when he was still in high school in Renton, Washington, working at Mansfield Thriftway. He then worked for Albertsons in both Kent and Bellevue as the assistant produce manager. On Aug. 7, 1972, Reynolds was hired as the produce manager at the Haggen on Meridian Street in Bellingham. He worked his way up at Haggen, eventually taking on the role of produce merchandiser. He has been the head of produce there since 1988.

“After five decades of service, Lee brings a wealth of experience and knowledge to the Haggen produce department that is difficult to find in any industry,” said John Clougher, group VP of Haggen. “We’ve come to rely on his business sense, his long-standing connections with local farmers, and his remarkable instincts to guide our stores’ selection. We applaud his incredible achievement. The fruits of his 50 years of labor are evident throughout all the Haggen stores.”

​Reynolds’ relationships with local farmers go back to his first days with Haggen, and those connections have resulted in exclusive product launches and limited-run items. Reynolds made sure Haggen was first to market with PureHeart mini watermelons, Cotton Candy grapes, organic black seedless watermelon, Campari tomatoes, Opal apples, Honeycrisp apples and many more. His innovations included selling strawberries in bulk, taking tomatoes off the wet rack and selling pre-bagged apples in netting.

Reynolds is a familiar face in Haggen stores, preferring a hands-on approach to running the departments. He is always on the go, visiting farmers, arranging for in-store tastings and supporting his department managers.

“It’s inspiring to see Lee’s passion for the produce business and his genuine care for the farmers we work with,” said Mike Lobaugh, director of fresh at Haggen. “He’s clearly dedicated to making sure that the customers’ desires always come first, and that attitude motivates the entire Haggen produce team to put service first.”

Reynolds doesn’t have plans to retire just yet, saying, “I’m still enjoying myself doing what I do best, and working with some of the best people in the business. I’ll just take it one year at a time, until my wife tells me it’s time to quit.” 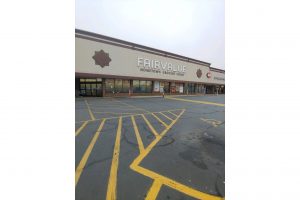 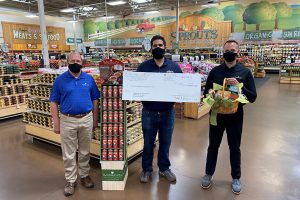 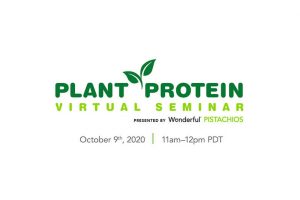