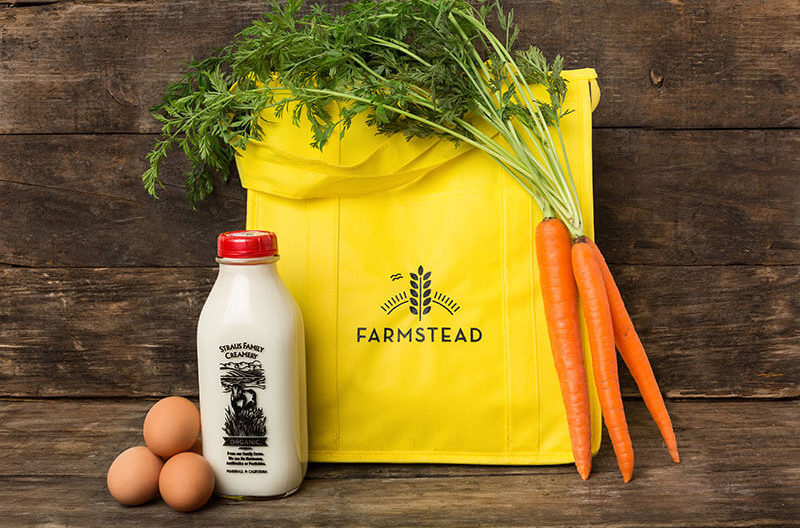 Farmstead, the first online grocer to offer fresh, high-quality groceries, delivered for free, has signed a lease for a new, greatly expanded microhub space in Burlingame. The space is six times bigger than Farmstead’s previous microhub on Harrison Street in San Francisco.

The company transitioned operations to this new facility in July and will soon have the capacity to serve tens of thousands of Bay Area households per week.

When San Francisco’s shelter-in-place order went into effect, Farmstead’s order volume immediately increased by five times, and its average basket size doubled. This meant that the staff of the online grocer was picking, packing and delivering 10 times the volume it was before.

During the shelter-in-place, there was a severe shortage of grocery delivery capacity in the Bay Area – particularly from traditional grocers, who had trouble scaling their service due to existing stores’ structural constraints. Farmstead, by contrast, was designed for delivery, relying on a microhub that’s stocked daily according to predictive demand models and able to serve a 50-mile radius.

According to Farmstead CEO and co-founder Pradeep Elankumaran, there are approximately 50,000 grocery stores in the U.S. and each can only do about 100-150 online orders per day. That’s about 7.5 million deliveries per day as the total capacity for online grocery delivery. But with the entire U.S. – 128 million households – under restricted movement at some point during the pandemic, every grocery delivery was maxed out.

“Our new facility, coupled with our continued hiring spree, will help us immediately quadruple our delivery capacity and grow it by 10 times in the coming months,” said Elankumaran. “Grocery delivery has now passed the tipping point. The recent shelter-in-place accelerated adoption of grocery delivery by three to four years. In the Bay Area, we went from 5 percent adoption to 30-40 percent adoption in a matter of weeks and are gaining confidence that most new customers will continue weekly service through and after the COVID-19 pandemic. Farmstead’s model enabled us to handle the increase in volume from just one microhub. Traditional grocers struggled with capacity and per-order economics and are already pulling back on delivery and offering order pickup instead.”

According to Elankumaran, Farmstead’s microhub model and proprietary software have enabled the company to deliver groceries at prices lower than local stores, with no delivery fees, with net-profit per order targets that are four to five times higher than traditional grocers.

The online grocer is making progress against that goal, doubling down on servicing more households than ever before, and leveraging its proprietary technology to help it accurately predict demand, manage order picking and efficiently route orders and delivery.

Using AI technology, Farmstead has reinvented the grocery buying experience and rewired how food moves across the country, to significantly reduce food waste and fulfill its mission of making high quality, locally sourced food accessible to everyone.