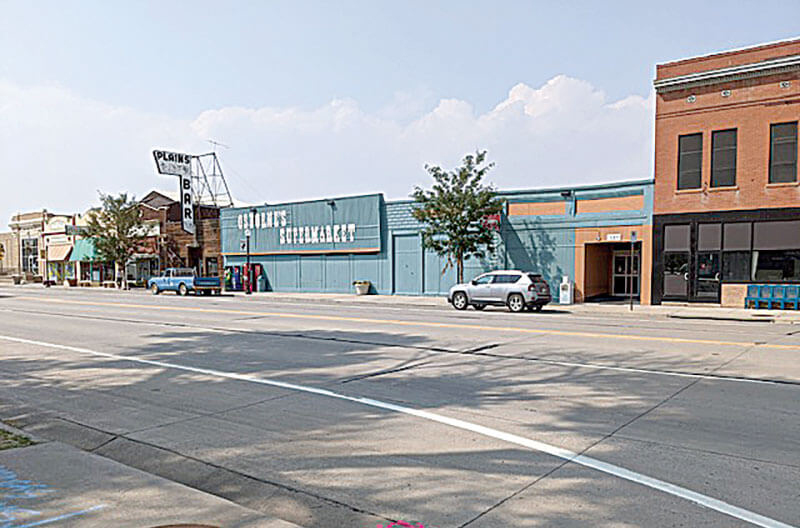 As the lone grocery store, as well as one of the few businesses, Osborne’s Supermarket fills a vital role in Hugo, a town of about 800 in eastern Colorado.

Megan Hohl and her husband, Lucas, are third-generation owners, having bought the store from her parents. 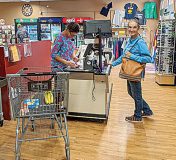 March 2020 was when things got alarming. Hohl saw many people coming from smaller towns across Lincoln County to get food at Osborne’s.

However, many people were driving from as far as 100 miles away, Hohl said. She worried for the Hugo community, which consists of many retirees, people with disabilities and some who don’t have cars.

“If we kept getting all these people from cities, we were kind of worried about our local population and not having food to feed our town,” she said. “So it was kind of scary there for a while because we had people coming from Texas, we had a lot of people coming from the front range of Colorado, which is like 100 miles.

“People were driving 100 miles to our town and then buying ridiculous amounts of things. You know, like 12 dozen eggs and 16 bags of rice. We were going to run out of food.”

Several truckers arrived as well. She suspects they could’ve put out the news of Osborne’s food availability over their CB radios. The fear of running out of food for the community resulted in some drastic measures.

“What we actually ended up doing was shutting the front doors. Because you’re getting so much highway traffic, and they were just taking cart loads of stuff, we were going to run out of food,” she said, adding that locals knew there was access through the back door.

“So we actually shut the front doors and we put a sign up that they could call in their order and we would get what they need. But we were not basically going to let people just come in and take what they need and leave our local community with nothing.

The Hohls’ store continues to offer phone orders to provide grocery pickup. They also feature online ordering and can deliver within an hour.

As for permanent changes following the COVID-19 pandemic, she does feel the store is busier now. She also appreciates the relationship with Affiliated Foods Inc. in Amarillo, Texas, which has been good for a store their size.